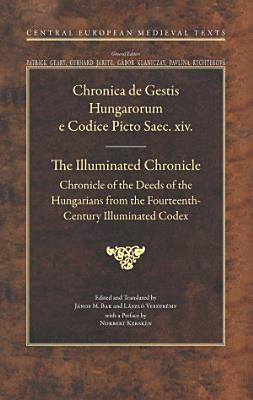 The Illuminated Chronicle was composed in 1358 in the international artistic style at the royal court of Louis I of Hungary. Its text, presented here in a new edition and translation, is the most complete record of Hungary's medieval historical tradition, going back to the eleventh century and including the mythical past of its people. The pictures in this manuscript—formerly known as the Vienna Chronicle—are not merely occasional illustrations added to some exemplars, but text and image are closely connected and mutually related to each other, to qualify it as a proper “illuminated chronicle”. The artistic value of the miniatures is quite high, and the characters are drawn with detail and with a knowledge of anatomy. Forty-two of the miniatures are included in the present volume. A full color facsimile will be accessible online. The 147 pictures are an invaluable source of information on late medieval cultural history, costume, and court life. In a historiographical context, The Illuminated Chronicle is an attempt at the popularization of the national history and a systematic appeal to circles beyond the old monastic-clerical audience. The Illuminated Chronicle (Chronica de gestis Hungarorum e codice picto saec. xiv.) is the ninth volume in the Central European Medieval Texts, a Latin–English bilingual series.

Authors: János M. Bak
Categories: History
The Illuminated Chronicle was composed in 1358 in the international artistic style at the royal court of Louis I of Hungary. Its text, presented here in a new e

Studies on the Illuminated Chronicle

Authors: Nina Rowe
Categories: Art
A look into an enchanting, underexplored genre of illustrated manuscripts that reveals new insights into urban life in the Middle Ages In this innovative study,

Authors: Georgios Theotokis
Categories: History
War in Eleventh-Century Byzantium presents new insights and critical approaches to warfare between the Byzantine Empire and its neighbours during the eleventh c

The Routledge Handbook of the Mongols and Central-Eastern Europe

The Gentleman's Magazine, and Historical Chronicle, for the Year ...

Authors: Laura Cleaver
Categories: Art
Illuminated History Books in the Anglo-Norman World' examines surviving medieval manuscripts from 1066 to 1272 and the people and processes involved in their cr