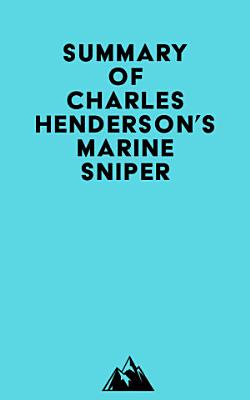 Please note: This is a companion version & not the original book. Sample Book Insights: #1 In 1967, a Marine sniper named Carlos Norman Hathcock II took aim from a hill in Vietnam and shot a boy who was transporting weapons for the Viet Cong. He never wanted to kill children, but he knew that children in war grow up quickly, and Marines die as fast from bullets fired by twelve-year-old boys as they do from bullets fired by men. #2 The American forces in Vietnam divided South Vietnam into three zones of combat. In the far south, Saigon rested in the heart of the III Corps Tactical Zone, which was primarily controlled by Viet Cong and North Vietnamese forces. #3 Carlos Hathcock, a Marine sniper, was assigned to kill a child during a mission in Vietnam. He wondered if the men who were waiting for the boy’s delivery had seen their cargo stopped dead by his bullet. He felt that it was cowardly to send a child to do a soldier’s work. #4 Carlos Hathcock, a Marine sniper, was on a hilltop in Vietnam waiting for the sun to rise. He was blocking the pathway of enemy troops who wanted to flee. The sniper was becoming famous among the Viet Cong as Long Tra’ng – The White Feather.