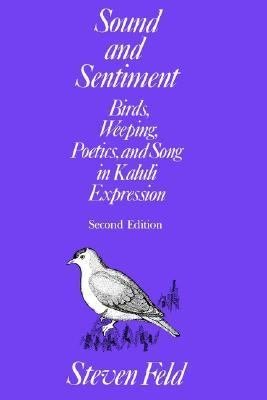 Now in its second edition, Sound and Sentiment is an ethnographic study of sound as a cultural system--that is, a system of symbols--among the Kaluli people of Papua New Guinea. It shows how an analysis of modes and codes of sound communication leads to an understanding of life in Kaluli society. By studying the form and performance of weeping, poetics, and song in relation to the Kaluli natural and spiritual world, Steven Feld reveals Kaluli sound expressions as embodiments of deeply felt sentiments. For this second edition the author has updated his original work with a new, innovative chapter that includes an interpretive review by its subjects, the Kaluli people themselves. He has also written a new preface and discography and revised the references section.

Authors: Steven Feld
Categories: Social Science
Now in its second edition, Sound and Sentiment is an ethnographic study of sound as a cultural system--that is, a system of symbols--among the Kaluli people of

Authors: Steven Feld
Categories: Music
A new, thirtieth-anniversary edition of the landmark ethnography that introduced the anthropology, or the cultural study, of sound.

Authors: Walter S. Gershon
Categories: Education
Originally published as a special issue of Educational Studies, this volume demonstrates the ways in which sound considerations can significantly contribute to

Authors: Fiona Magowan
Categories: Music
Presenting a range of ethnographic case studies from around the globe, this edited collection offers new ways of thinking about the interconnectivity of gender,

The Persistence of Sentiment

Authors: Mitchell Morris
Categories: Music
In this book, Mitchell Morris gives a critical account of a group of American popular music performers who have dedicated fan bases and considerable commercial

Sound and Script in Chinese Diaspora

Authors: Jing Tsu
Categories: Social Science
In this original and interdisciplinary work, Jing Tsu advances the notion of “literary governance” as a way of understanding literary dynamics and productio