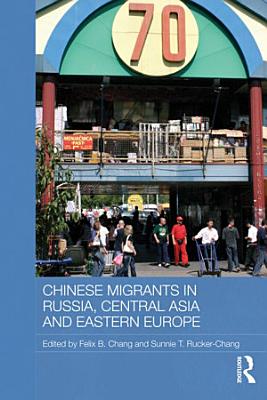 Much of the former Soviet bloc has become a destination for new Chinese migrants. Throughout Russia, Eastern Europe and Central Asia, Chinese migrants are engaged in entrepreneurial activities, primarily as petty merchants of consumer goods in unsteady economies. This book situates these migrants within the broader context of Chinese globalization and China’s economic "rise." It traces the origins of Chinese migration into the region, as well as the conditions that have allowed migrants to thrive. Furthermore, it discusses the perception that Chinese globalization is purely economic and explores the relationship among petty merchants, labourers and institutional investors. Finally, by examining the movement of China’s minorities into Central Asia, this book challenges the ethnic construct of new "Chinese" migration.