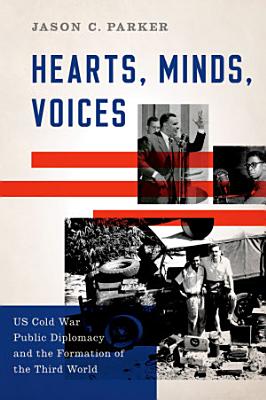 The Cold War superpowers endeavored mightily to "win hearts and minds" abroad through what came to be called public diplomacy. While many target audiences were on the conflict's original front-lines in Europe, the vast majority resided in areas in the throes of decolonization and experienced the Cold War as public diplomacy- as a media war for their allegiance rather than as violence. In these areas, superpower public diplomacy encountered volatile issues of race, empire, poverty, and decolonization-which intersected with the dynamics of the Cold War and with anti-imperialist currents. The challenge to US public diplomacy was acute. Jim Crow and Washington's European-imperial alliances were inseparable from the image of the United States and put American outreach unavoidably on the defensive. Newly independent voices in the non-European world responded to this media war by launching public-diplomacy campaigns of their own. In addition to validating the strategic importance of public diplomacy, they articulated a different vision of the postwar world. Rejecting the superpowers' Cold War, they forged the "Third World project" around nonalignment, post-imperial economic development, and anti-colonial racial solidarity. In doing so, Jason C. Parker argues, the United States inadvertently helped to nurture the "Third World" as a transnational imagined community on the postwar global landscape. Tracing US public diplomacy during the early years of the Cold War, Hearts, Minds, Voices narrates how US foreign policy engaged with and impacted the Global South and international history more broadly.

Authors: Jason C. Parker
Categories: History
The Cold War superpowers endeavored mightily to "win hearts and minds" abroad through what came to be called public diplomacy. While many target audiences were

Authors: Jason C. Parker
Categories:
"For over four decades, the Cold War superpowers endeavored mightily to 'win hearts and minds' abroad through strategies that came to be called public diplomacy

Authors: Tatsuya Fushimi
Categories: Juvenile Fiction
A beautifully illustrated children's picture book about distinguishing the positive and negative voices in the mind from the voice in the heart. The positive an

the voice of pity for south america.

The Tragedy of Sir Francis Bacon